I had a question regarding a cosplay I am going to be doing. I'll be cosplaying as a Platelet from Cells at Work. They have these yellow bags. However would this bag be considered a normal bag (which means I won't be able to bring it to the dealer and game room since it's 25 x 24 cm) or would this be considered a "small cosplay prop".

If it is considered a normal bag, would it make a difference if i sew the opening together which would mean I wouldn't be able to put anything in it. Would it then be considered as a small prop? 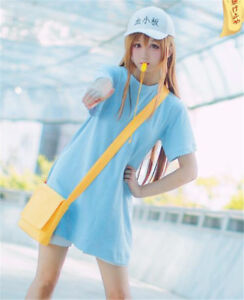 Re: Bag or small cosplay prop?

Pardon for the late reply.
A bag will be considered a bag (even if sewed shut). If your bag is flexible and fits folded in our measuring box (25x14x7cm) you can bring it with you across the festival!